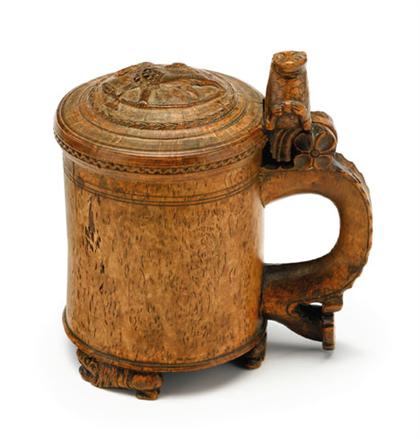 Scandinavian carved burlwood peg tankard 18th/ 19th century The hinged cover carved with a central medallion depicting a crowned lion, over a cylindrical... [this item is NOT for sale]