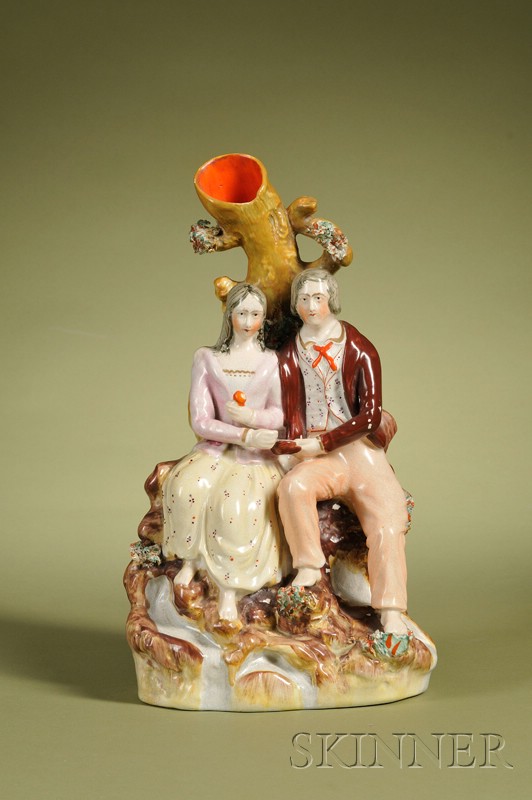 Victorian Staffordshire Figural Spill Vase, England, 19th century, polychrome enamel decorate and modeled as a courting couple in a naturalistic landscape... [this item is NOT for sale]