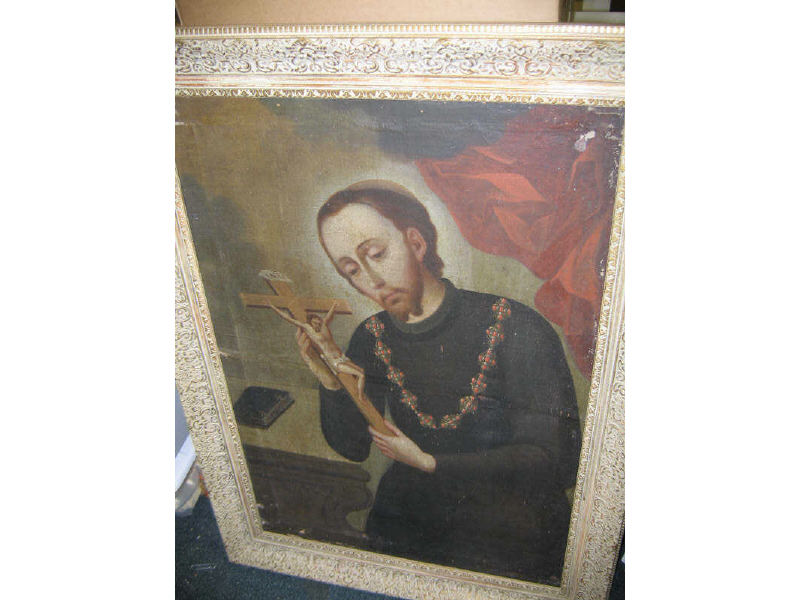 LATIN AMERICAN (19TH CENTURY) Interior scene depicting St. Catejan, founder of the order of Theatines, oil on canvas, imperfections to canvas, framed.... [this item is NOT for sale]