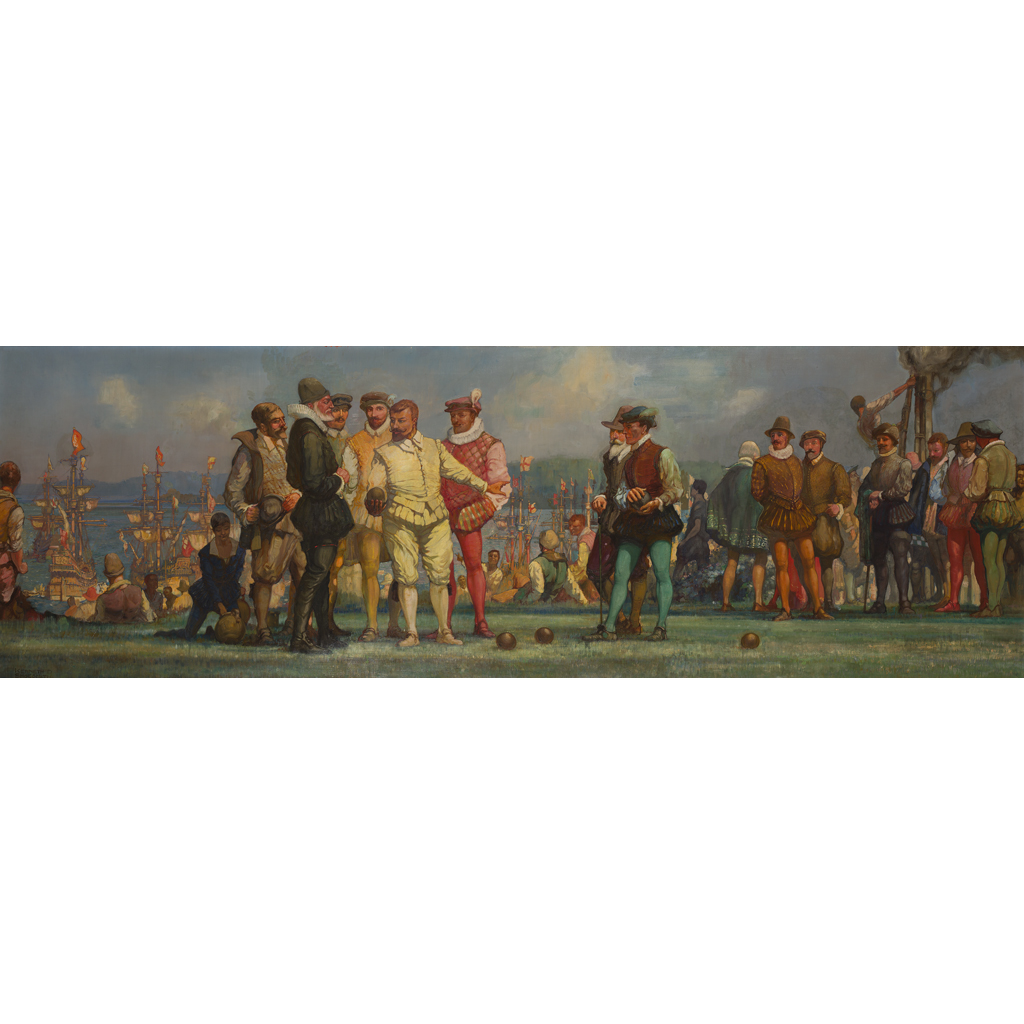 KENNETH DENTON SHOESMITH R.I. (BRITISH 1890-1939) THE PIRATE, THOMAS FLEMING, HASTENS TO PLYMOUTH... WITH THE NEWS THAT HE HAS SIGHTED THE SPANISH FLEET....