Price guides for A group of mostly British silver coins, including...

Appraise and find values for
A group of mostly British silver coins, including... 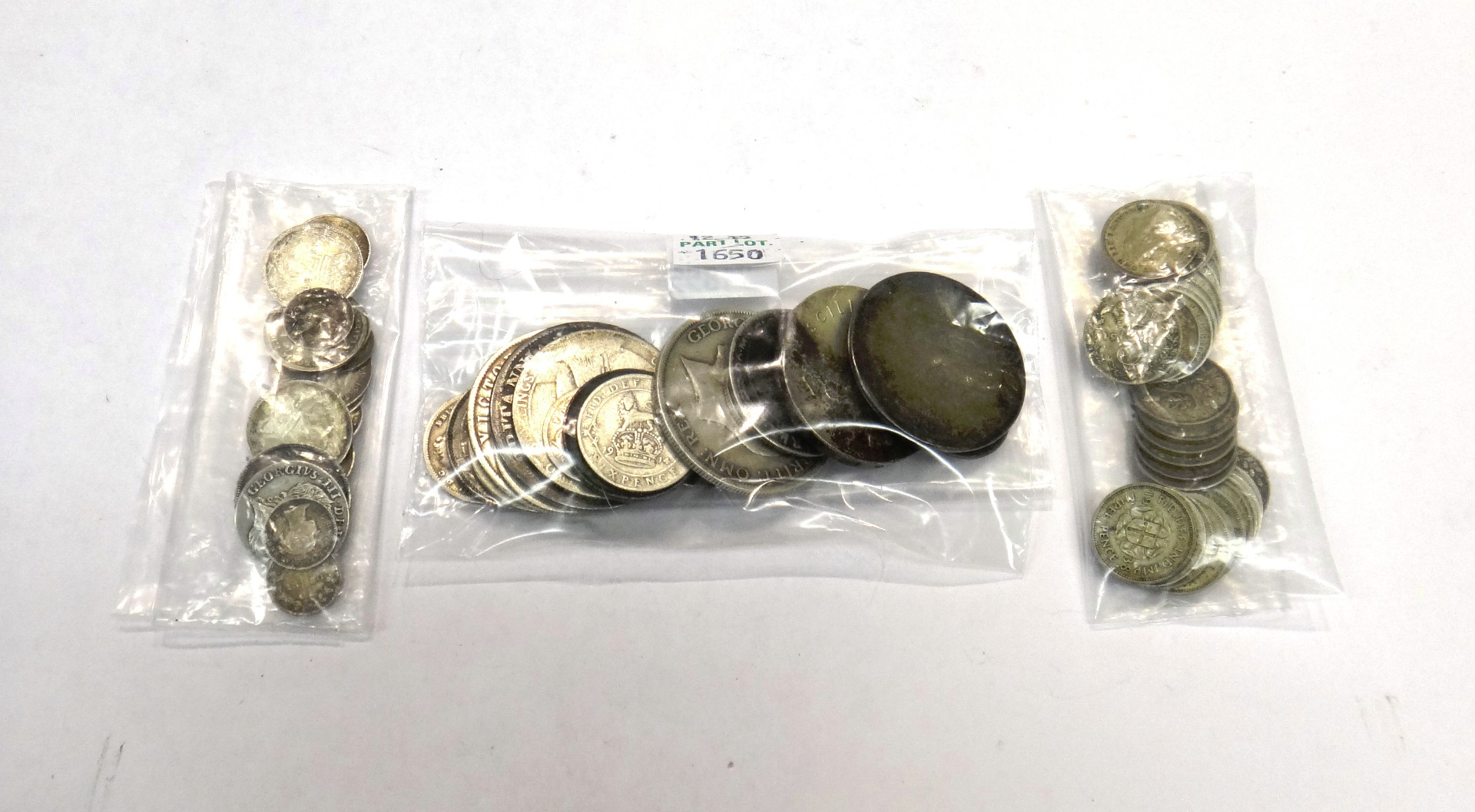 A group of mostly British silver coins, including a William III shilling 1696, a George I shilling 1723 SSC, two George III half crowns, a George III sixpence... [this item is NOT for sale]