Price guides for A TIBETAN GILT BRONZE FIGURE OF MAHAKALA...

Appraise and find values for
A TIBETAN GILT BRONZE FIGURE OF MAHAKALA... 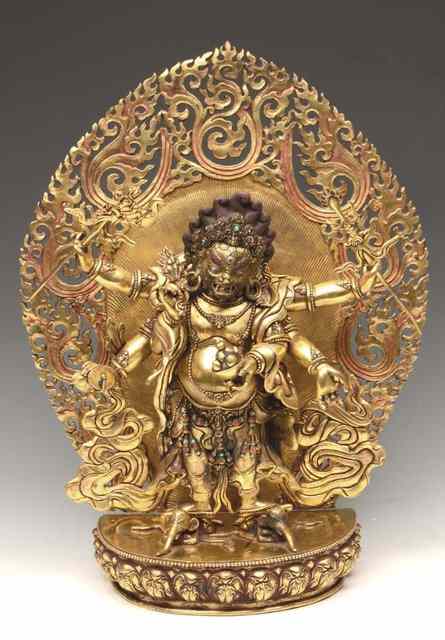 A TIBETAN GILT BRONZE FIGURE OF MAHAKALA the six arms holding various ornaments including 2 staffs with the hair in flames standing on elephant headed...