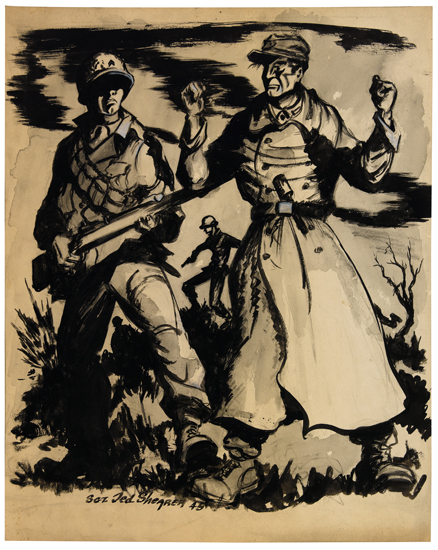 (ART.) SHEARER, TED. Two watercolor drawings with WWII themes. 14x11 and 16x18 inches respectively; the latter with some chips, and mounted to a slightly...