Silver was the chief status symbol of the Victorian era. There was nothing new in this: gold and silver had long been used as the expression of power and wealth of those in high places, and from the beginning of the eighteenth century at least, they had become important to people lower down the social scale. In the earlier part of the century, members of middle-class families often had their portraits painted grouped around a table on which the family's silver tea service was displayed. From the 1760's onwards, the invention of Sheffield plate and methods of mass production made silver items available to an increasing number of people.

This process was accentuated during the nineteenth century. The discovery of vast new deposits of ore in the United States, Mexico, Australia and elsewhere, greatly increased the output of silver and gold, and the invention of electroplating and the stepping-up of mass production brought them within the range of all but the poorest members of society.

At the same time silver became society's means of expressing approval of those it wished to honor. The Victorian age was the age of "testimonials" to personages of eminence in all walks of life, from the Governor of an overseas territory to the local master of foxhounds or railway magnate. This “testimonial” most commonly took the form of a handsome service of silverplate or of a specially made silver piece that was rich with allusions to the auspicious occasion.

The Victorian age was also the age of international exhibitions, in which countries competed with one another to show their most choice productions in the Decorative Arts. The gold- and silversmith occupied a high place. Writing of "Gold as an Art Material" in the Art Journal of 1875, P. L. Simmonds divided the work of the Silversmith into two groups: "works of High Art" and "industrial or useful articles". In the production of works of High Art, the work of two artists was constantly held up as an example for designers to follow:

• Benvenuto Cellini was regarded as the greatest of the goldsmiths of the Italian Renaissance, and
• John Flaxman, the sculptor who made many designs for Rundell, Bridge & Rundell in the earlier part of the nineteenth century and whose work in silver was held to represent the highest peak of classical purity.

A large part of the resources of the biggest firms of silversmiths was poured into the production of works of "High Art" in emulation of these two masters and in an effort to uphold the prestige of Britain at the time in the world of international competition. So much was this effort “catching”, that American Silversmiths, still in their infancy in terms of the number of items produced, imitated not only some of the designs but also used silver marks that resembled British Silver marks to pass as of higher quality. The voracity of the then emerging middle class in America had the added effect of several European Silversmiths and Jewelers happily emigrate to the US to set up shop, primarily in the New York, New Jersey and New England areas.

As a result of these two developments, by the end of the nineteenth century, objects of domestic use had become stereotyped in design. They were characterized primarily by the mechanical brilliance of their finish, while in the more pretentious realm of "High Art" over-emphasis on sculptural and decorative detail and mechanical precision in execution had resulted in the production of equally lifeless objects.

In reaction, it was hardly surprising that in the last decade of the century a new generation of workers in silver emerged who, rejecting both the mechanical processes of mass-production and the over-elaboration of the prestige designer, tried to bring back a simpler, more metallic approach to design. These newer designs made objects that reveal the care and skill of the craftsman as well as the intrinsic beauty of the metal itself.

This triggered a period of immense and prolific creativity and the beginnings of a massive movement of Silver manufacturing companies and studios to supply the ever-increasing hunger for Silver and Silverplate Decorative pieces. This movement continues to this day, albeit some removed for its original places in the UK and the United States, but still very collectible and highly desired. A fine mix of utilitarian items such as Silver Flatware, Silver Candlesticks, Silverplate utensils etc, added to the perception that these expensive pieces are now necessary and may have even helped ease the guilt associated with owning Antique Silver merely as a status symbol.

Nowadays, Victorian Silver, including pieces made in America, mostly of Coin Silver at the time, is highly collectible and fetches high prices at Auction. A host of companies and silversmith names have now become the “standard”, some of which are still producing today like Reed & Burton, Elkingtons, International Silver Co., Towle and several others. Antique Silver, especially from the Victorian era, remains a valuable collectible and can be a very attractive investment as it rarely loses value and there is practically no wear or danger of severe damage no matter how long you keep it. 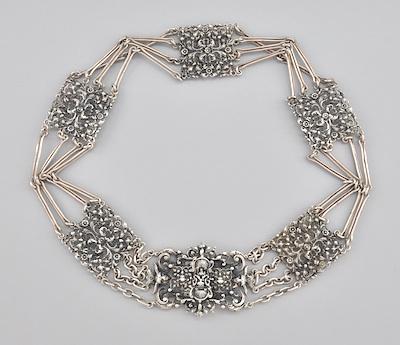 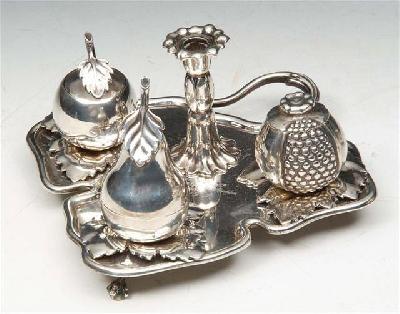