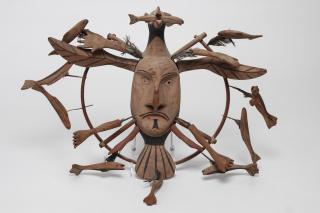 Yup'ik Inuit Shaman Mask, Pacific Northwest American Indian or Native American, hand-carved and painted, depicting a seabird with man's face on its body... [this item is NOT for sale]