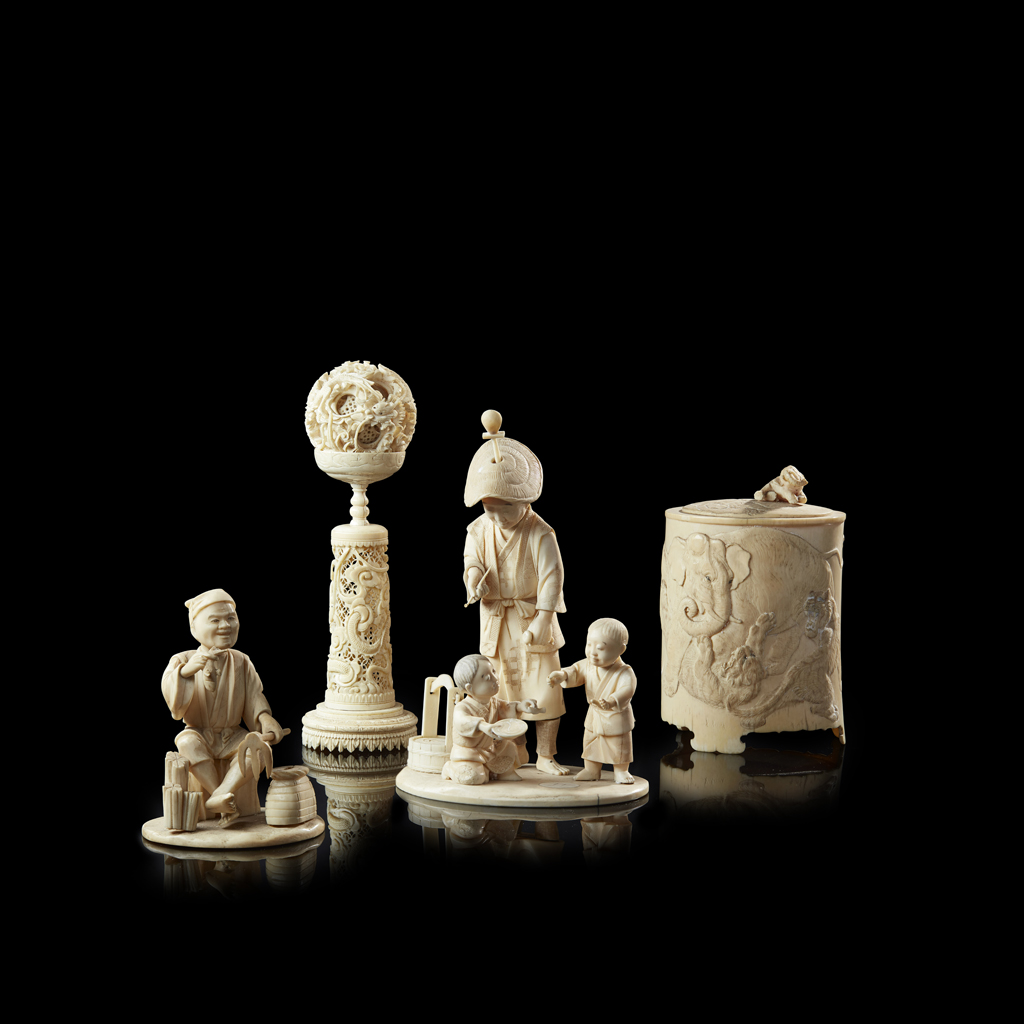 YTWO CARVED IVORY OKIMONO MEIJI PERIOD the first depicting a fisherman holding a carp, signed Hisakazu within a red lacquer reserve, 10.2cm high; the... [this item is NOT for sale]