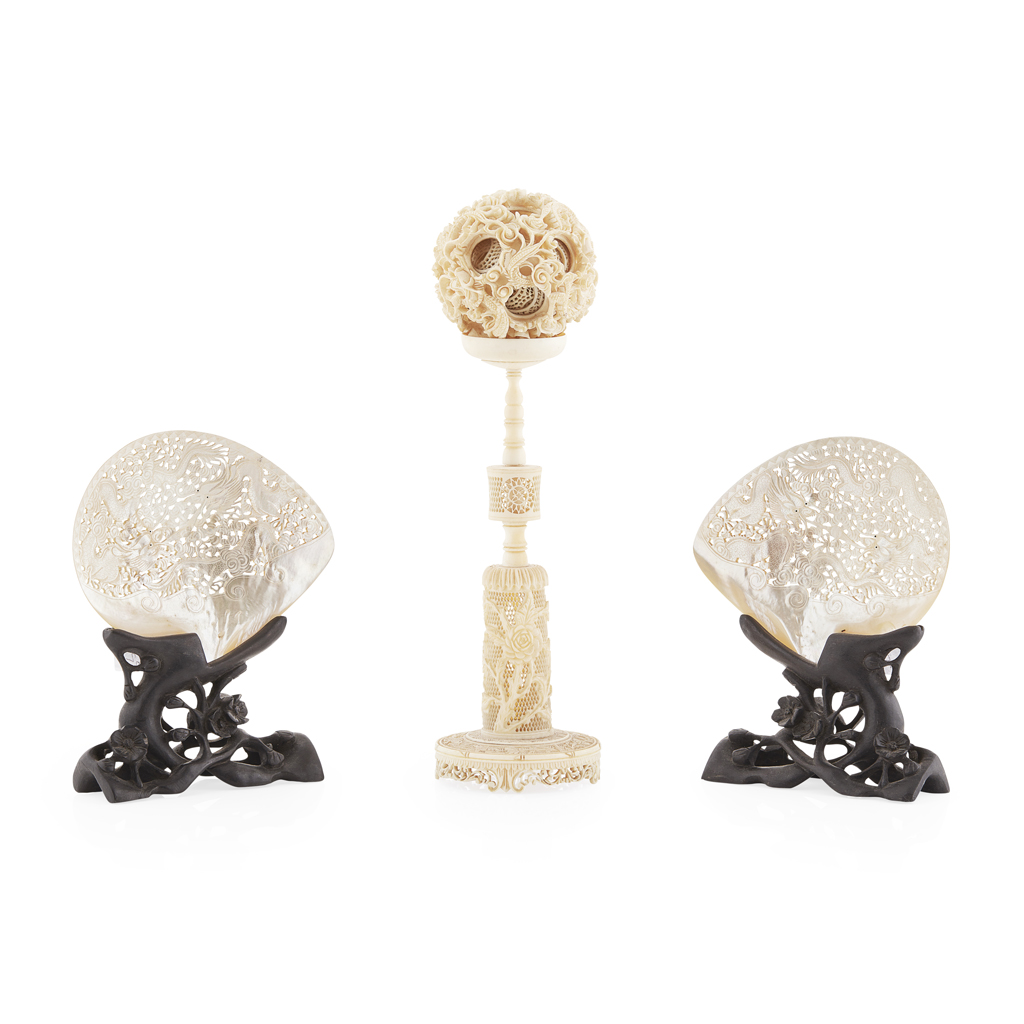 YPAIR OF MOTHER-OF-PEARL CARVED SHELLS LATE QING DYNASTY, 19TH CENTURY each intricately carved and pierced with a pair of dragons chasing a flaming ball... [this item is NOT for sale]