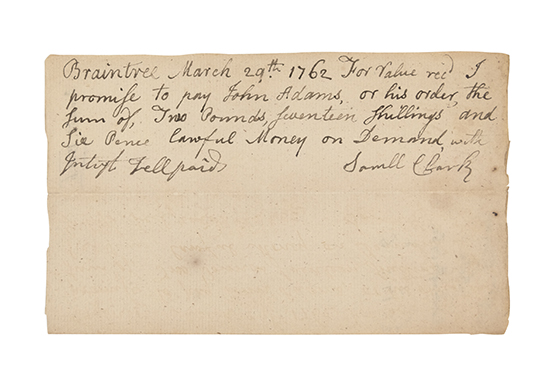 YOUNG ADAMS ADAMS, JOHN. Autograph Document Signed, in the third person within the text, a promissory note for payment to "John Adams, or his order, the...