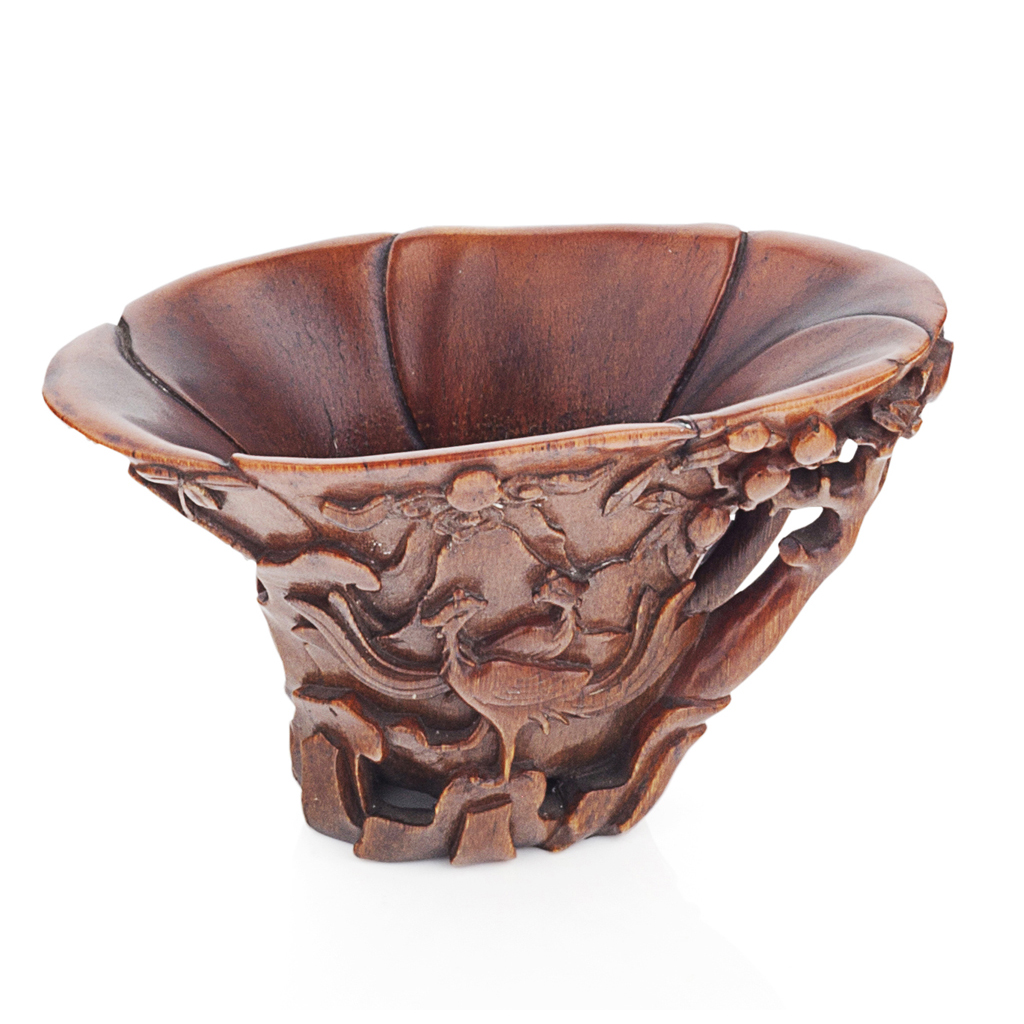 YCARVED RHINOCEROS HORN LIBATION CUP QING DYNASTY, FIRST HALF OF THE 19TH CENTURY carved in high relief with a pair of cranes, one in flight above craggy...