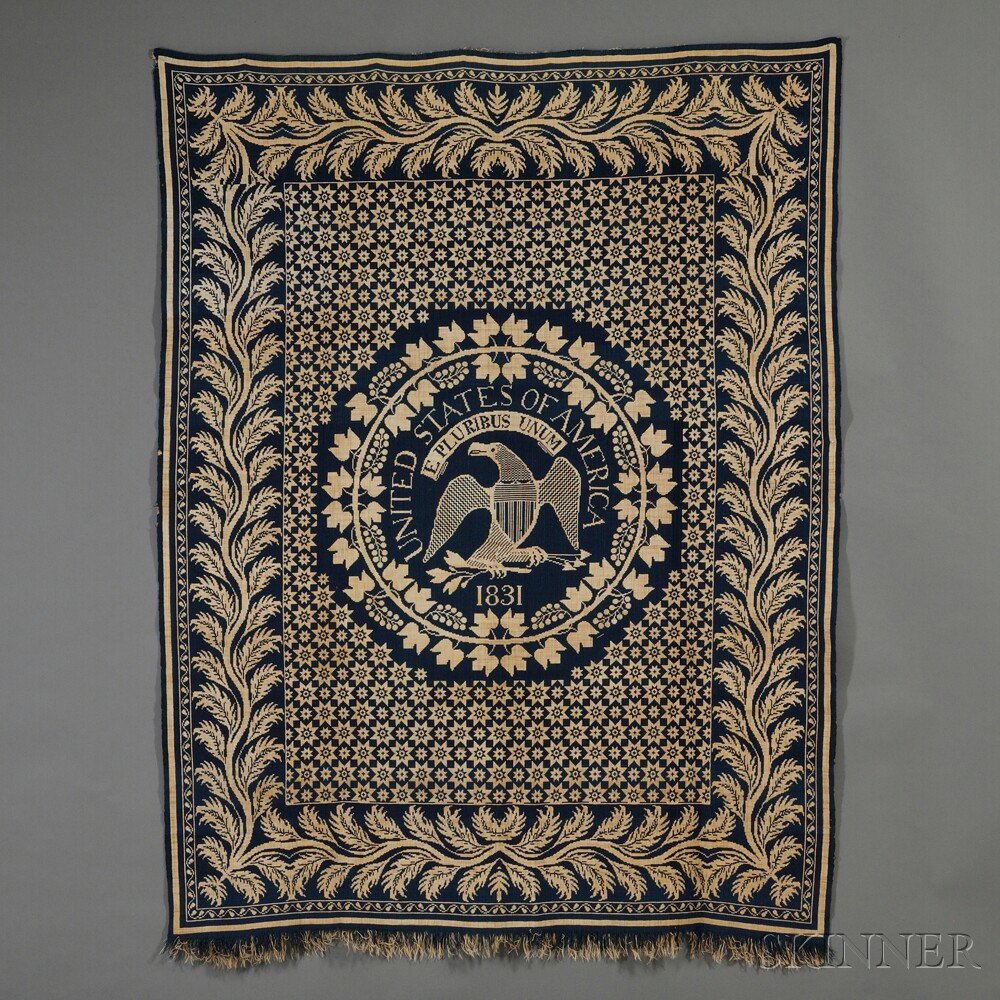 Woven Wool and Cotton Coverlet Depicting the "Great Seal" of the United States, reportedly originated from New York State, 1831, one-piece double weave... [this item is NOT for sale]