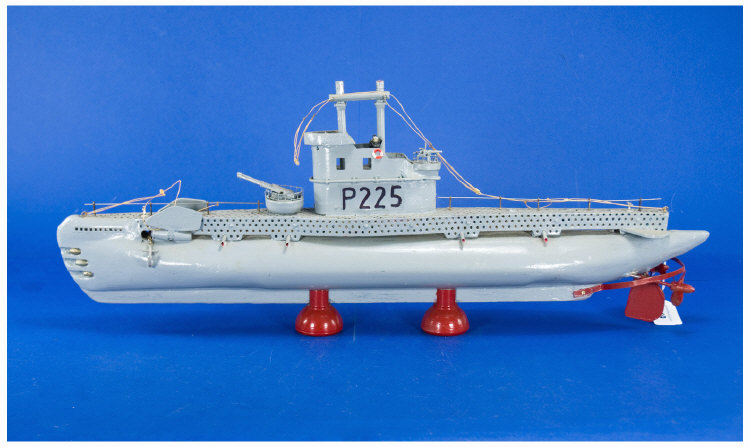 Wooden Model of HM Submarine 'Sea Devil' 1943, P225 HMS Simoom was an S class submarine of the Royal Navy, and part of the Third Group built of that class...