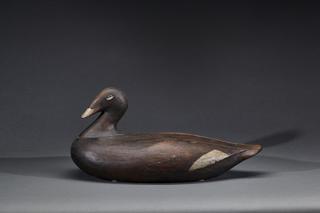 White-Winged ScoterAugustus "Gus" Aaron Wilson (1864-1950)South Portland, ME c. 1900"Wilson looked at waterfowl much the way the Ward brothers did. There... [this item is NOT for sale]