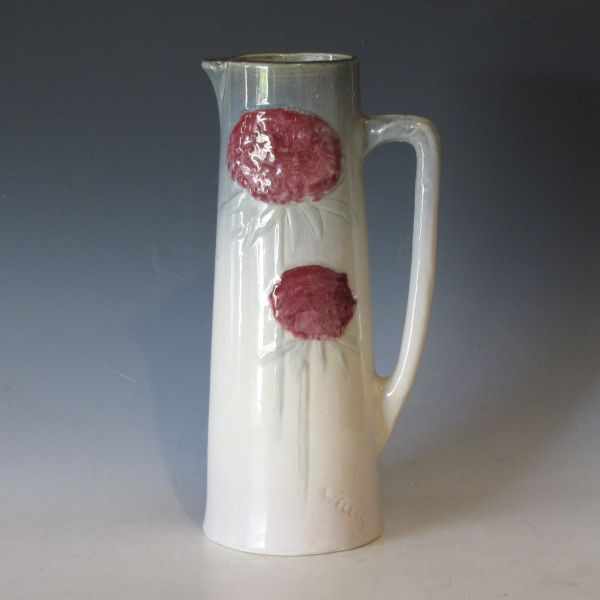 Weller Etna pitcher with carnations. Marked Weller below the flowers and WELLER ETNA on the bottom. Mint. 10 3/8'' tall....