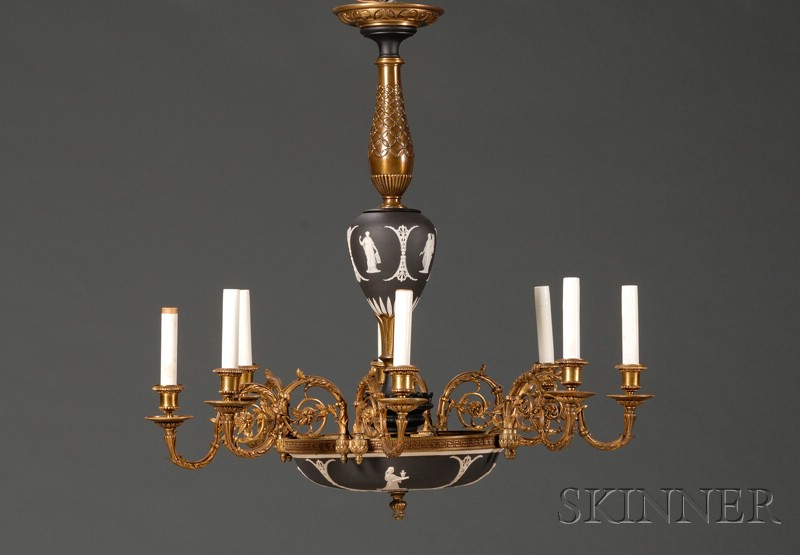 Wedgwood Black Jasper Dip Mounted Chandelier, England, late 19th century, eight-light bronze body with a jasper urn above a circular dish, each with applied... [this item is NOT for sale]