Appraise and find values for
Webb cameo glass vase, band of scroll and... 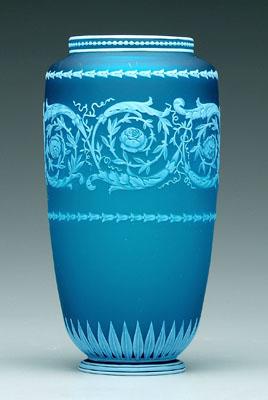