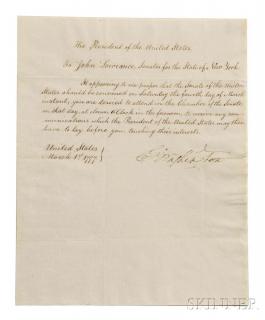 Washington, George (1732-1799) Circular Letter Signed as President, Philadelphia, 1 March 1797. Laid paper bifolium inscribed on one page in a secretarial... [this item is NOT for sale]