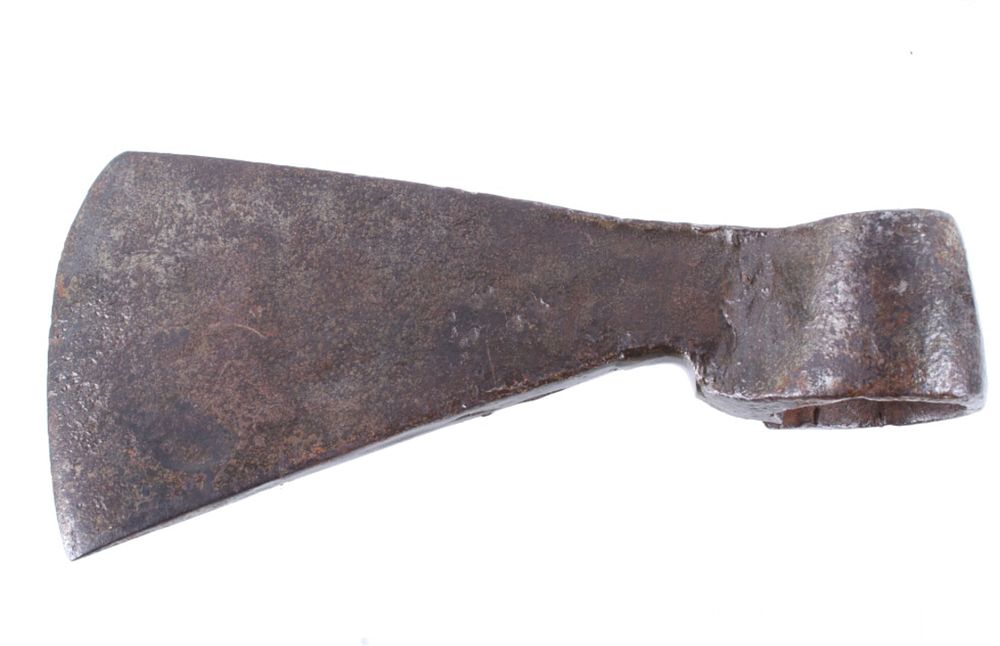 War of 1812 "JT" Inspected Tomahawk Boarding Axe: This is an interesting, authentic War of 1812, U. S. Naval Boarding Axe with JT inspection marks by...