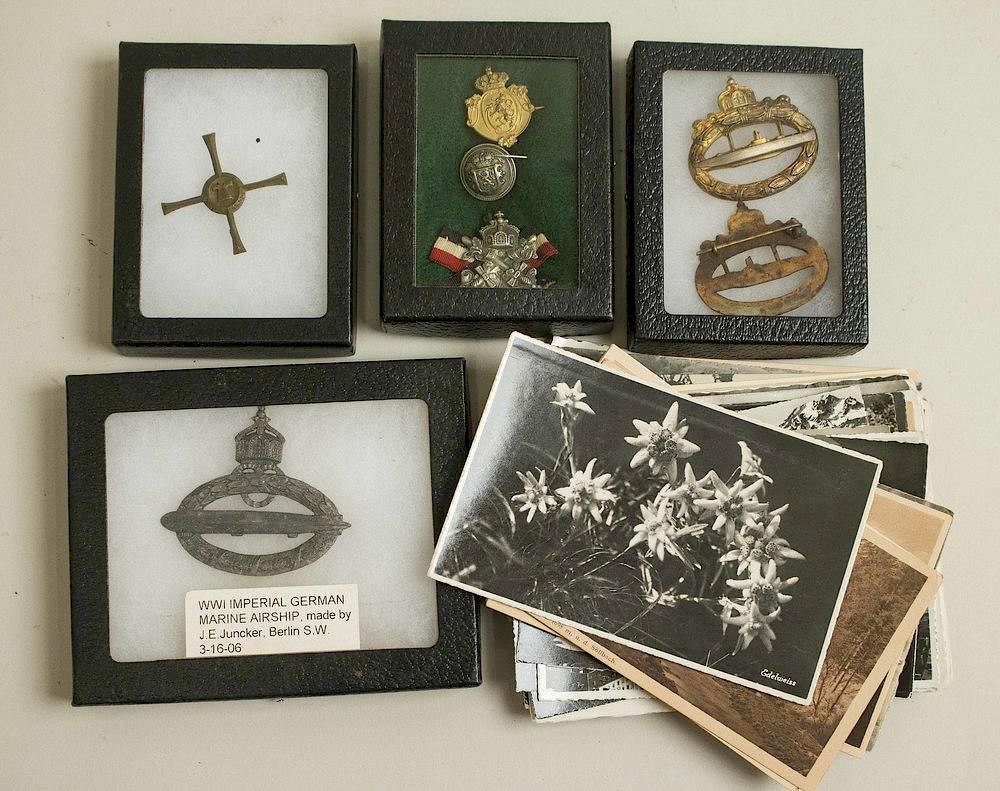 WWI and Post-War German badges, medals, pins: 2 Imperial German U-Boat badges, one marked "CEJ" for Juncker, both about excellent; a handsome and well-made... [this item is NOT for sale]