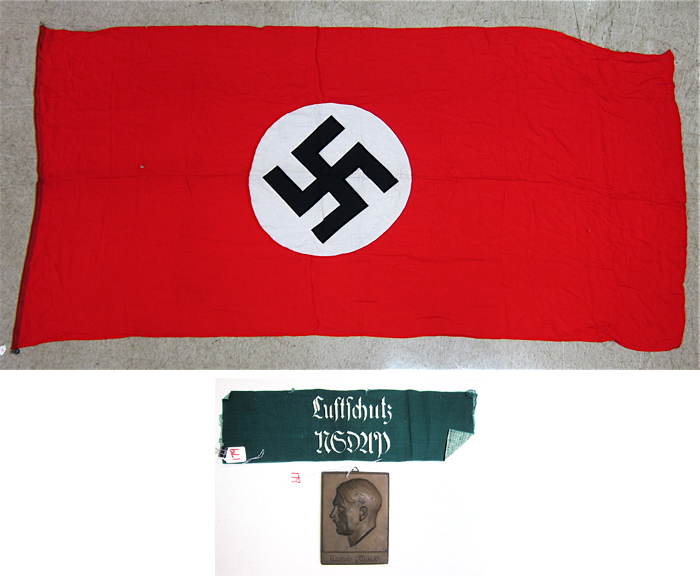 WORLD WAR TWO GERMAN NAZI MEMORABILIA, large double sided banner approximately 6' by 10', porcelain plaque of Hitler with bronze color finish and a green... [this item is NOT for sale]