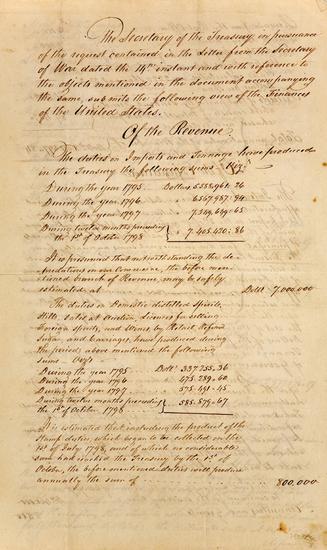 WOLCOTT, Oliver (1760-1833).The Secretary of the Treasury in pursuance of the request contained in the Letter from the Secretary of War dated the 14th... [this item is NOT for sale]