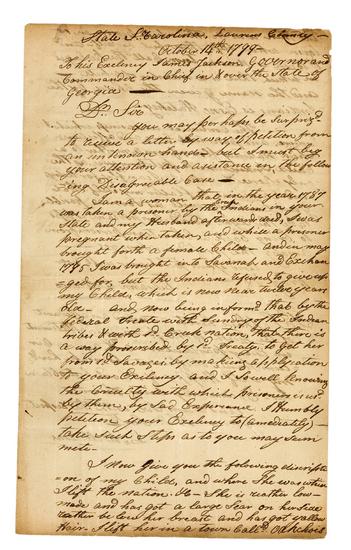 WILLIAMS, Lilyann.Manuscript letter written and signed for her in a clerical hand, to Georgia Governor James Jackson, detailing her captivity with the...