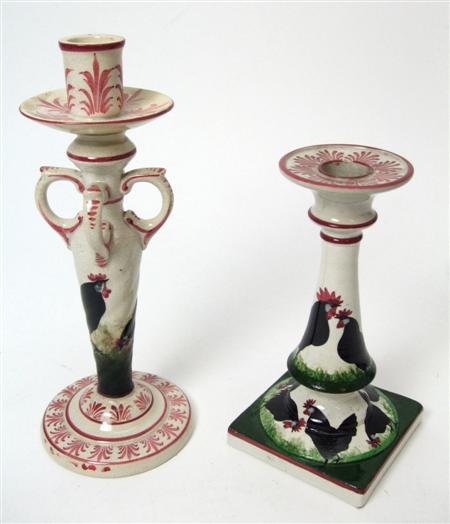 WEMYSS SQUARE BASE CANDLESTICK, EARLY 20TH CENTURY decorated with black cocks and hens, impressed mark 'Wemyss', 17.5cm high; and A WEMYSS TALL KINTORE... [this item is NOT for sale]