Price guides for WEAPON: Knights of Columbus ceremonial or...

Appraise and find values for
WEAPON: Knights of Columbus ceremonial or... 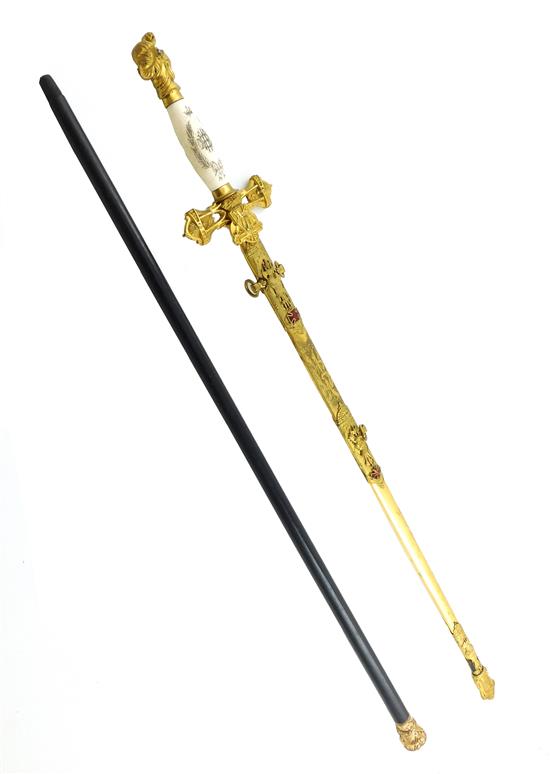 WEAPON: Knights of Columbus ceremonial or dress sword, both sides of steel blade gilt etched with foliate decoration, one side engraved "Walter B. Ward"... [this item is NOT for sale]