Appraise and find values for
WARRIORS UNCHARACTERISTICALLY AT PEACE (WW... 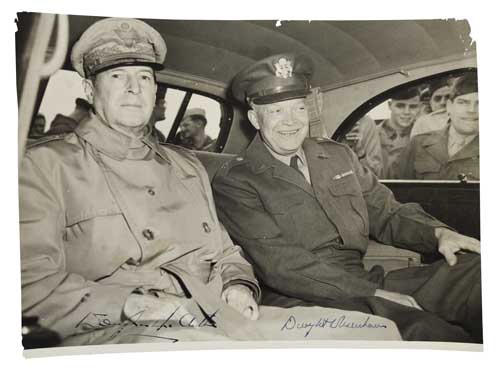 WARRIORS UNCHARACTERISTICALLY AT PEACE (WW II.) MACARTHUR, DOUGLAS; AND EISENHOWER, DWIGHT D. Photograph Signed by both, silver print image by Thomas Shafer... [this item is NOT for sale]