Appraise and find values for
W. G. CARTER - A BLACK AND WHITE PHOTOGRAPH... 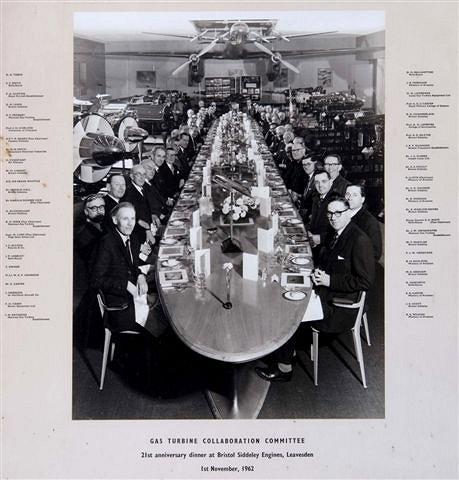 W. G. CARTER - A BLACK AND WHITE PHOTOGRAPH OF THE GAS TURBINE COLLABORATION COMMITTEE, 21st Anniversary Dinner at Bristol Siddeley Engines, Leavesden,... [this item is NOT for sale]