Appraise and find values for
Various albums of early 20thC and later postcards,... 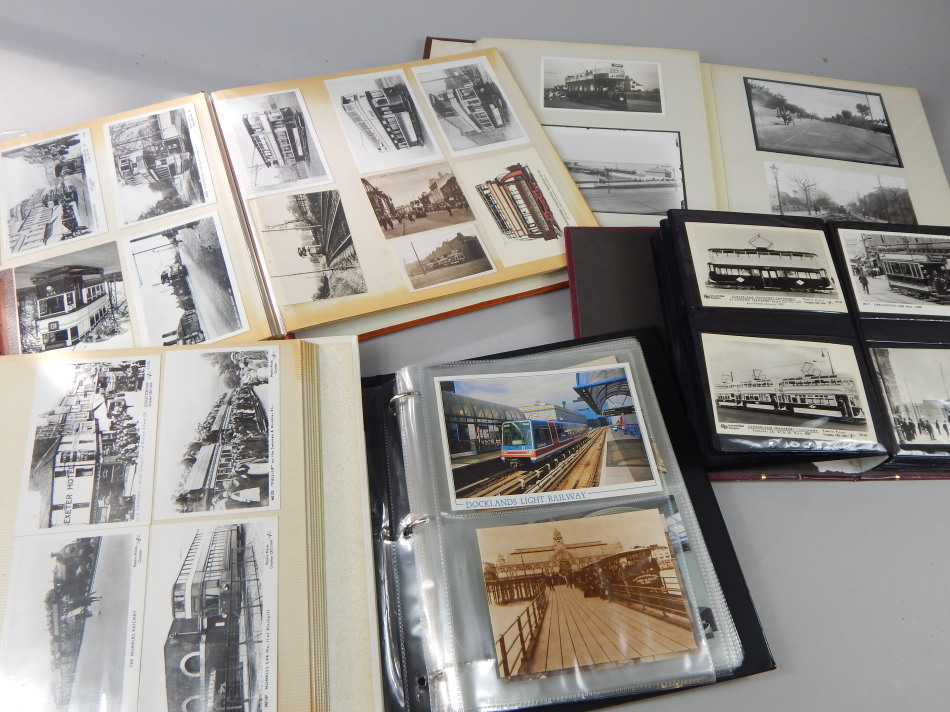 Various albums of early 20thC and later postcards, photographs, etc, each relating to trams and omnibuses, to include the Isle of Man, photographs of the...