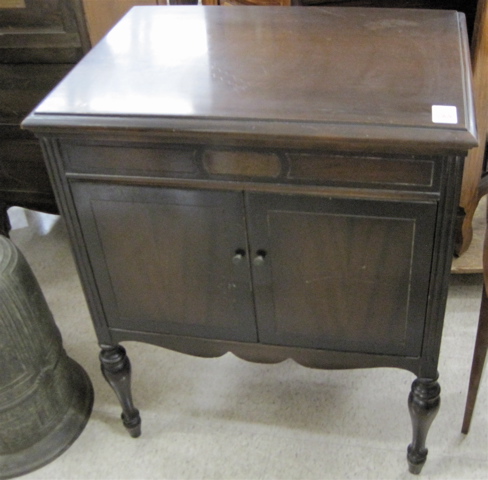 VICTROLA DISK PHONOGRAPH, Victor Talking Machine Co., "Colony" model, serial #6338, c. 1925-26 only, having a brown mahogany cabinet with lift top and... [this item is NOT for sale]