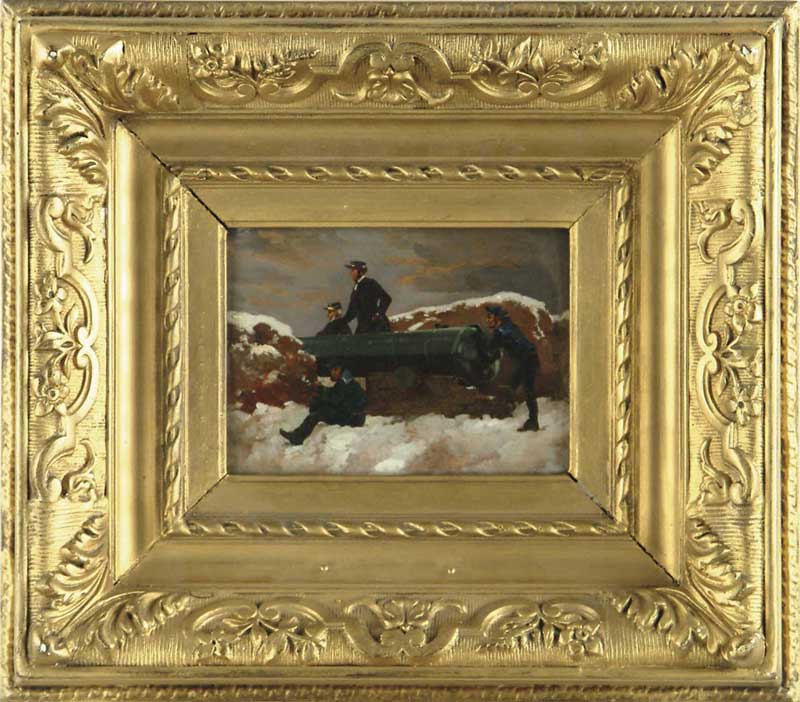 UNSIGNED (American (?) 19th Century). Civil War (?) scene with cannon and artillery men. This small oil on panel reminiscent of Homer’s work during the...