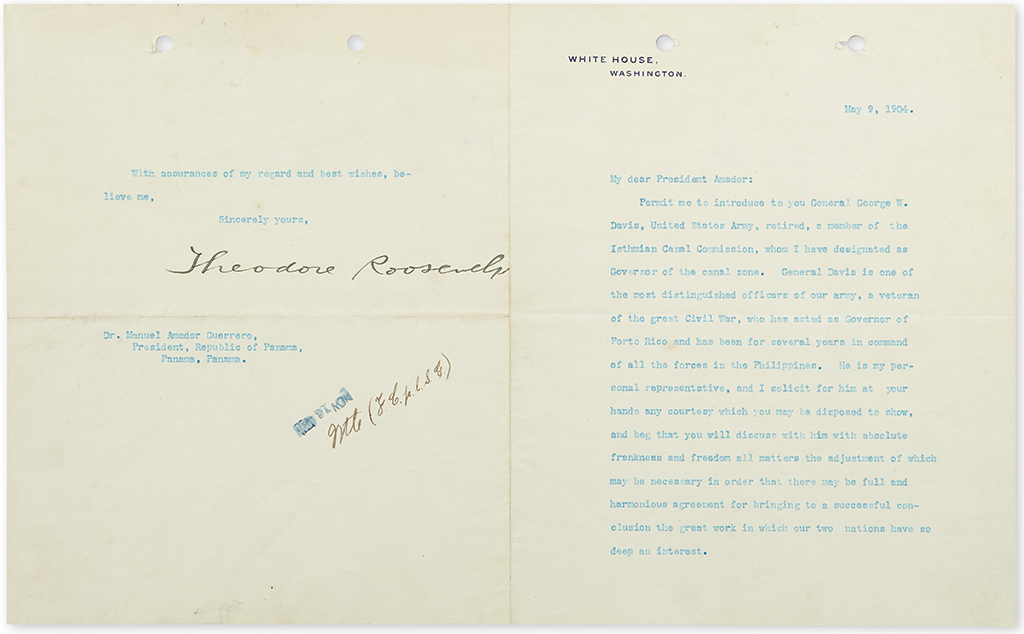 U.S. PRESIDENT INTRODUCES GOVERNOR OF CANAL ZONE TO PANAMA'S PRESIDENT ROOSEVELT, THEODORE. Typed Letter Signed, as President, to the President of Panama... [this item is NOT for sale]