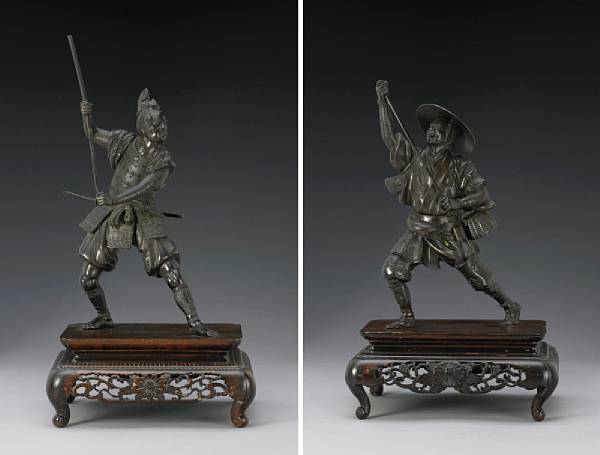 Two patinated bronze figural studies Meiji Period, By Gyoko Each rendered in the naturalistic Miyao-style, the first of a samurai warrior wearing close-fitting...