Price guides for Two Wool Woven Coverlets and a Quilt, an...

Appraise and find values for
Two Wool Woven Coverlets and a Quilt, an... 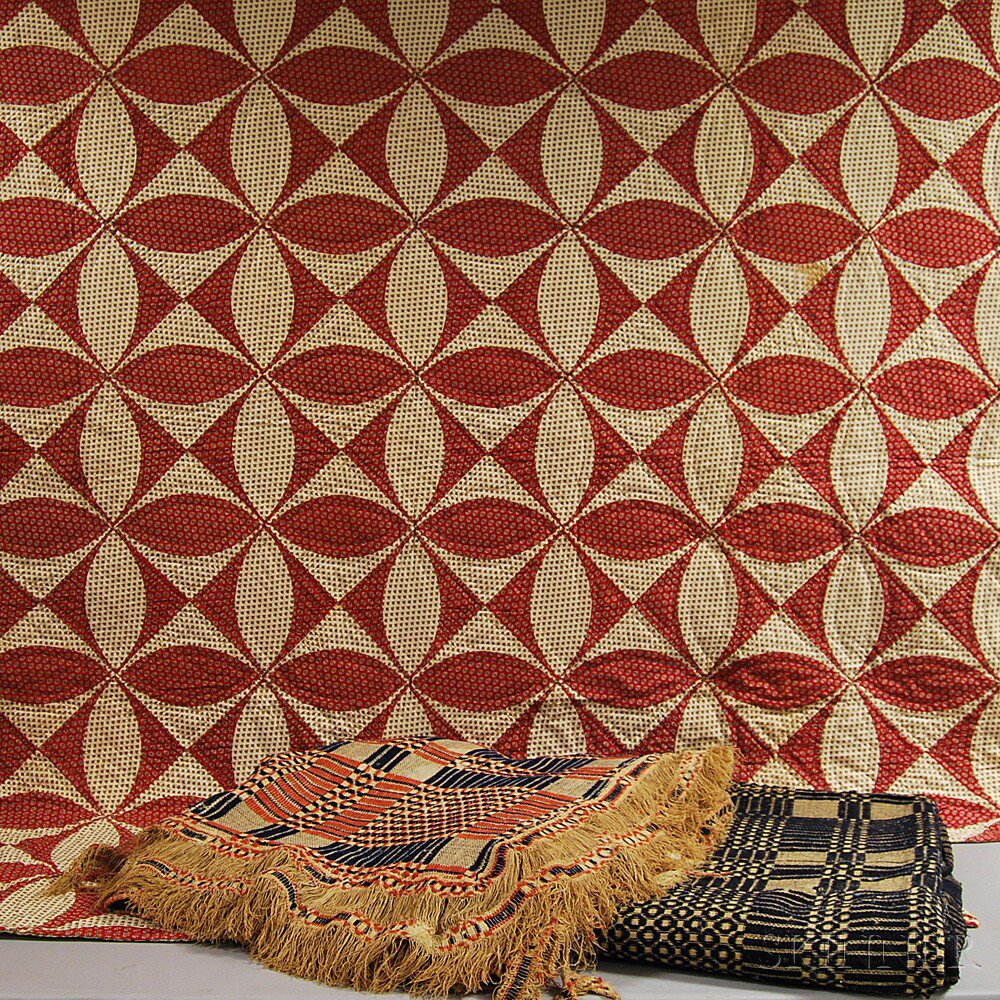