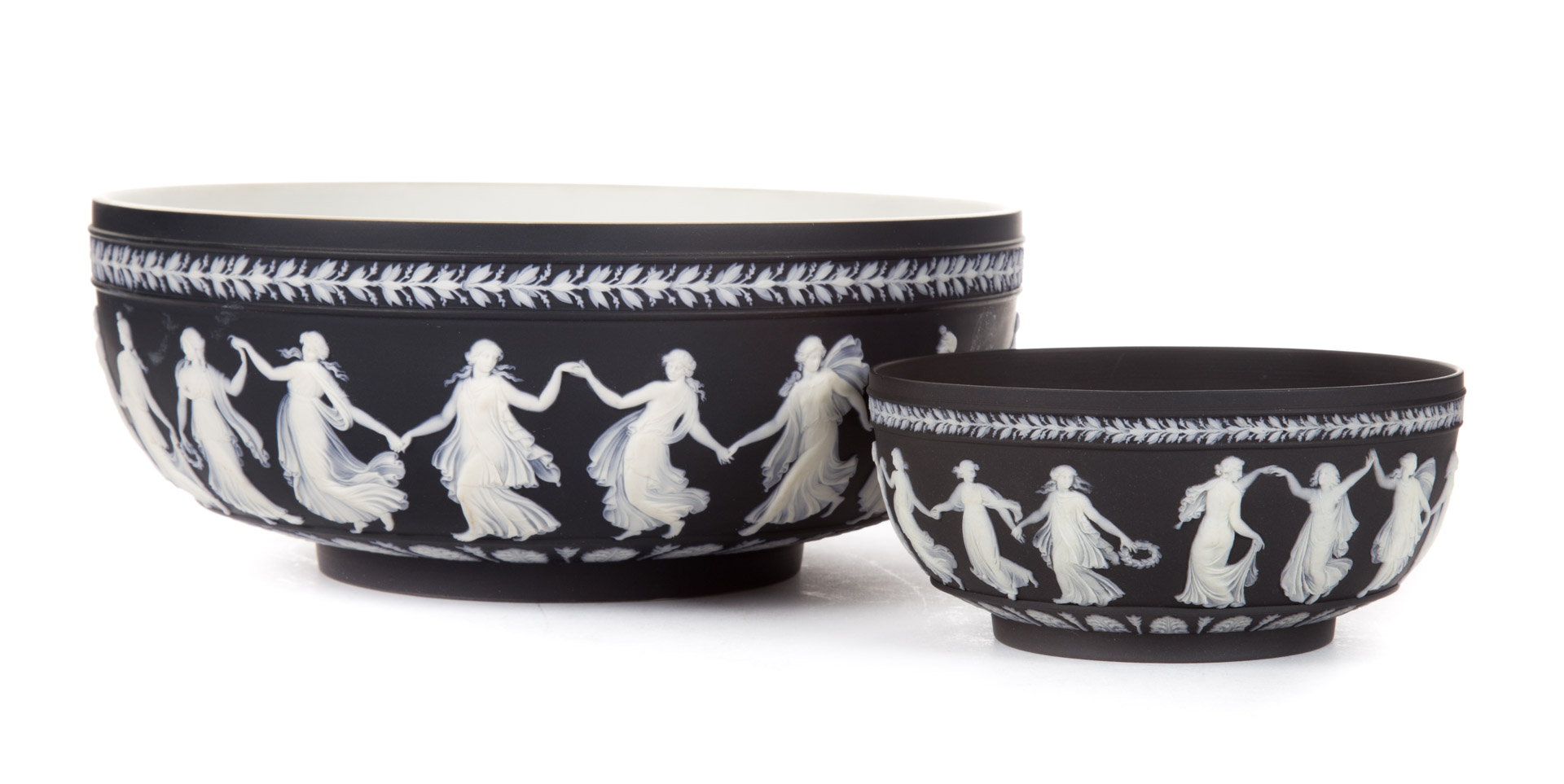 Two Wedgwood black and white jasperware bowls 20th century; larger bowl with white interior, dancing nymph decoration, 4 in. H., 10 in. Diam., and similar... [this item is NOT for sale]