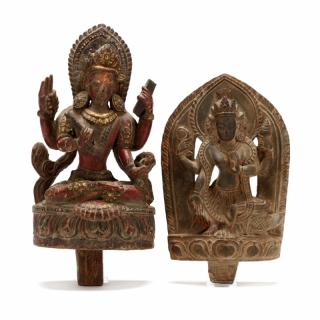 Two Nepalese Sculpture 18th century, includes a gray stone sculpture with traces of red pigment of Vishnu holding his attributes of a conch shell and chakra... [this item is NOT for sale]