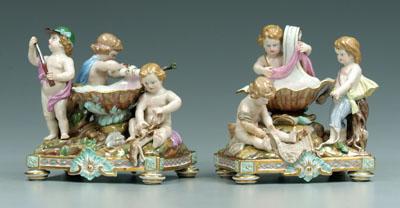 Two Meissen figural groups, children: one a hunting scene with rabbits and rifles surrounding nautilus style bowl, 5-3/4 in., [repairs and losses to guns,...