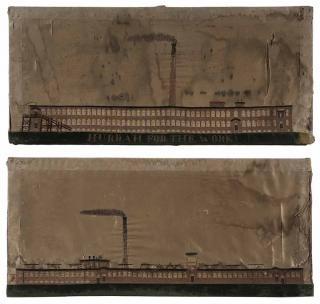 Two Large American, early 20th century, depicting Mill #1 and Mill #2 of the Plymouth Cordage Company (1825-1965) Plymouth, Massachusetts, one with "Hurrah... [this item is NOT for sale]