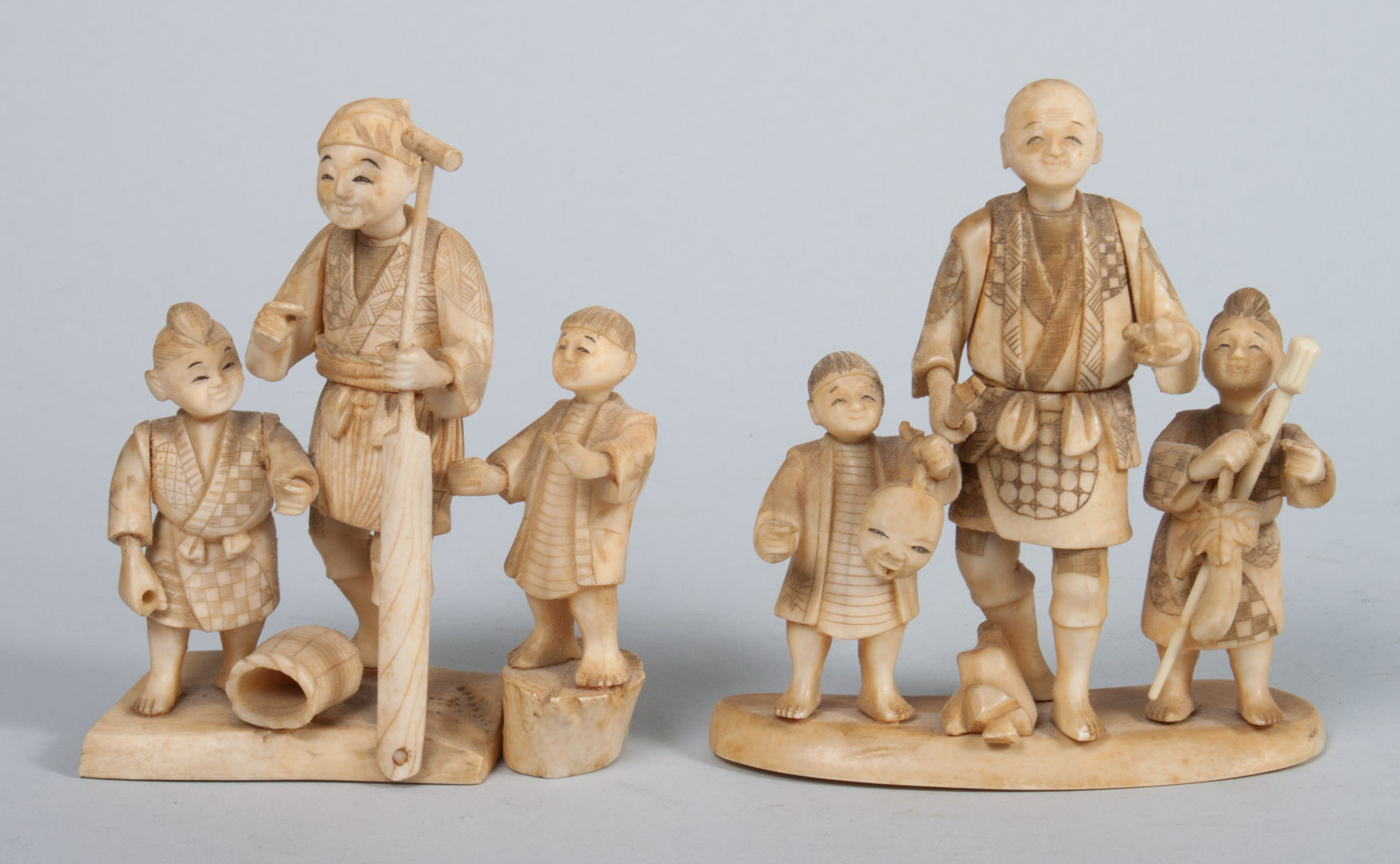 Two Japanese carved ivory figural groups each group consisting of a male or female elder accompanied by children, 4 1/2 in. H. each...