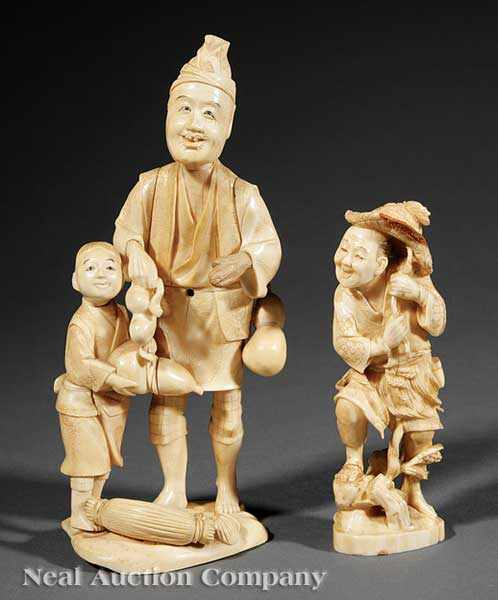 Two Japanese Carved Ivory Okimono Groups the first a sectional ivory modeled as a farmer and his son the second a farmer wearing a hat height 9 in. and... [this item is NOT for sale]