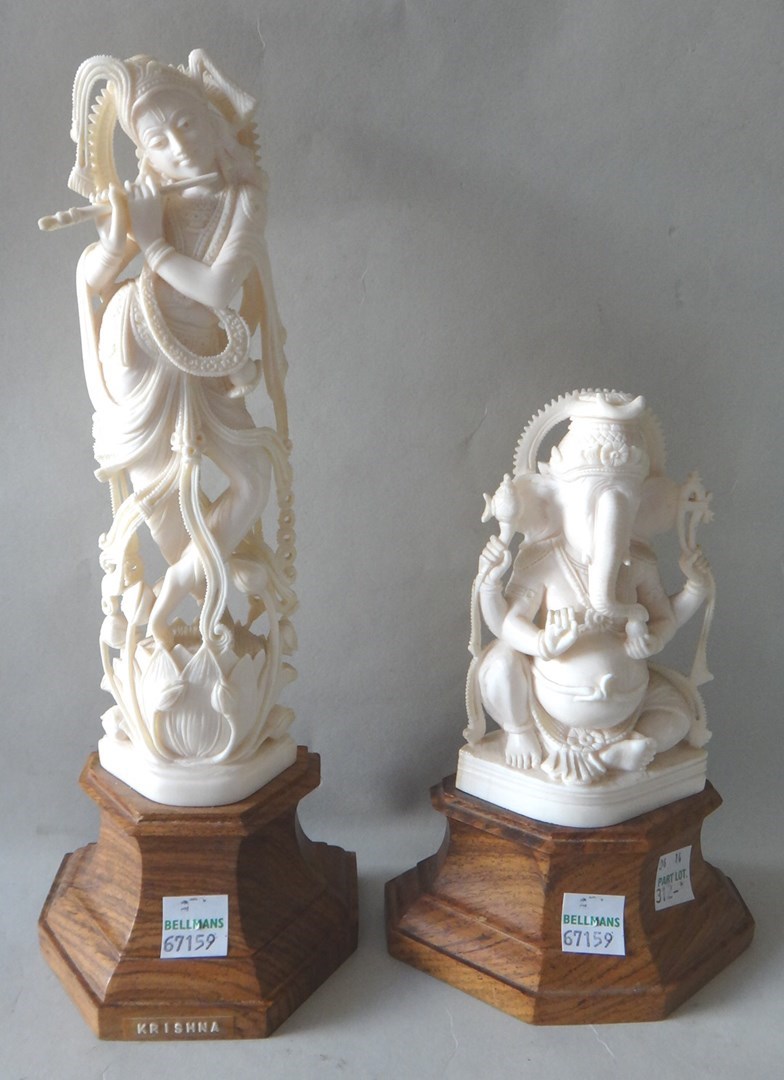 Two Indian ivory figures of Hindu deities, 20th century, the first standing on a lotus flower playing a pipe, the second as the seated elephant god, Ganesh,... [this item is NOT for sale]