Appraise and find values for
Two Indian Ivory Figures of the Hindu Goddesses... 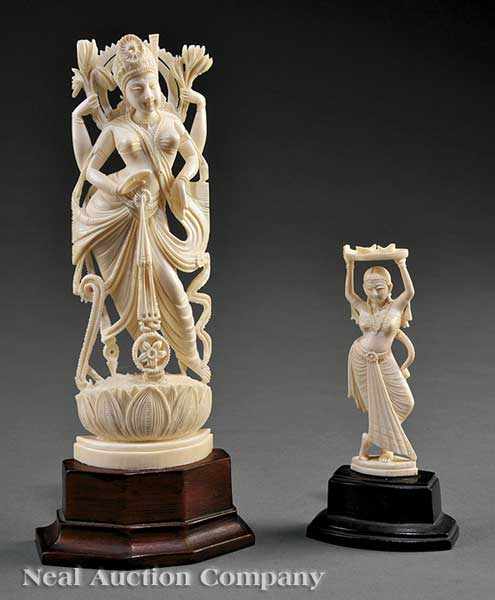 Two Indian Ivory Figures of the Hindu Goddesses Lakshmi and Annapurna the four-armed Lakshmi carved in swaying motion standing on a lotus pedestal base... [this item is NOT for sale]