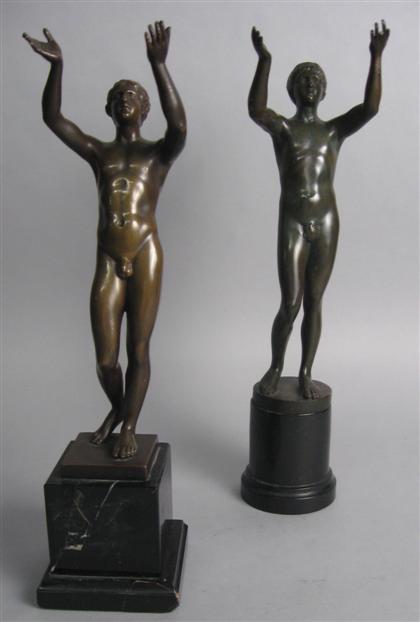 Two German bronzes exalted youth, after the antique Each modeled as a nude classical figure with hands lifted to the sky. (2). Tallest H: 16 1/4...