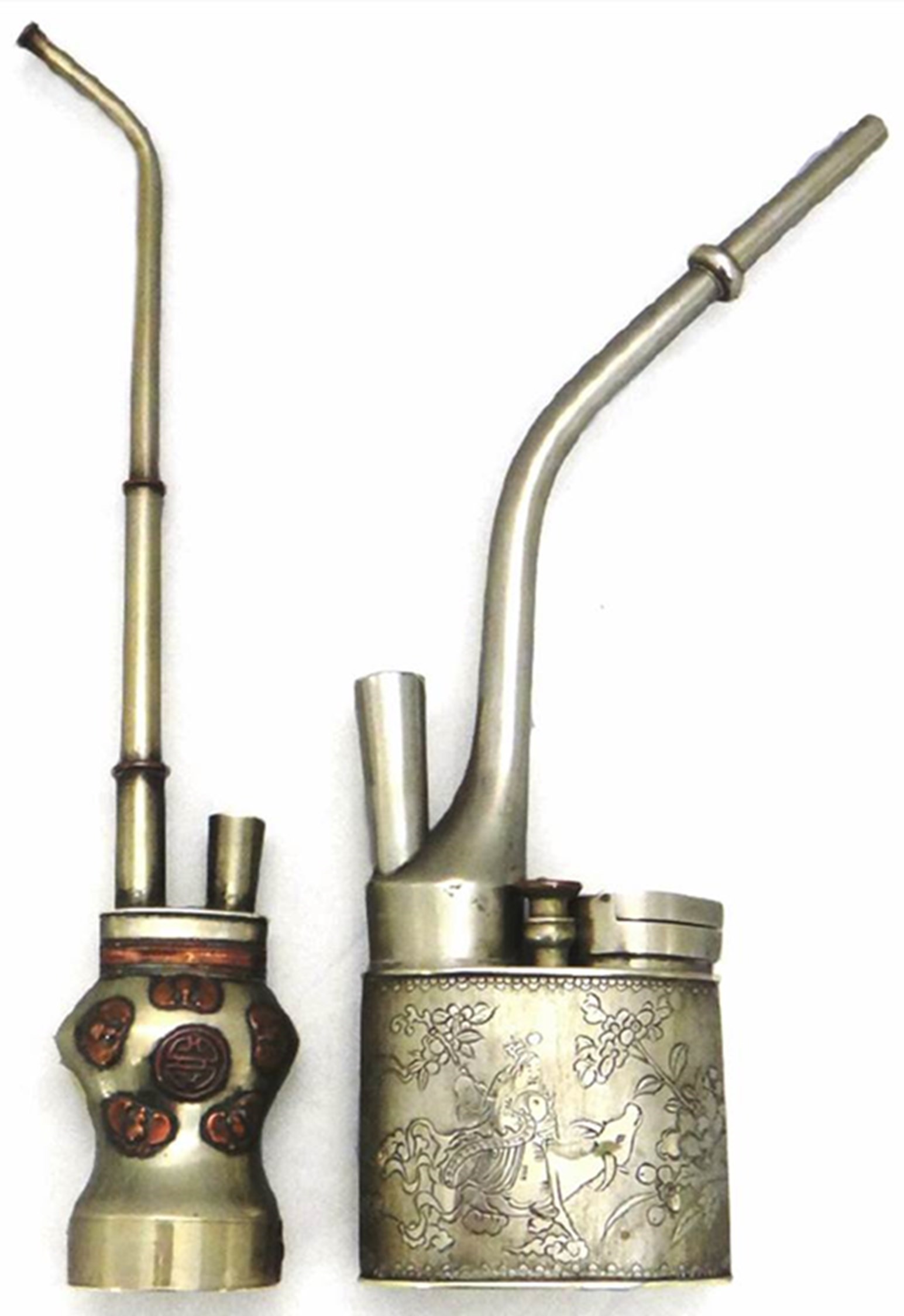 Two Chinese opium pipes.... [this item is NOT for sale]