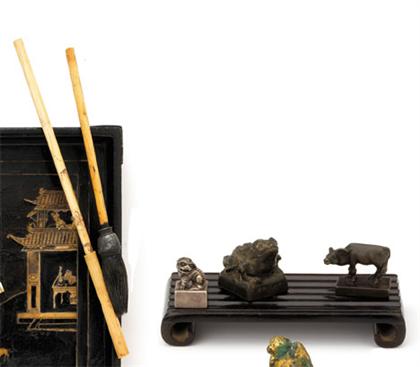 Two Chinese elephant ivory brushes 18th/19th century Both of cylindrical form, one covered and incised to show a scholar amongst a mountainous landscape,... [this item is NOT for sale]