Price guides for Two Chinese Carved Figures, one an elaborately...

Appraise and find values for
Two Chinese Carved Figures, one an elaborately... 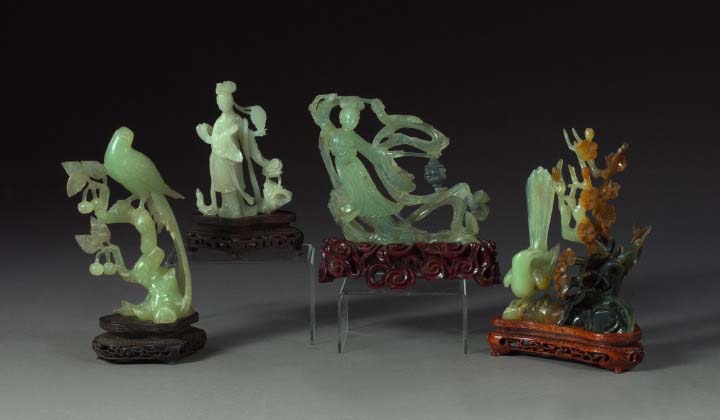 Two Chinese Carved Figures, one an elaborately carved figure of a robed apsara figure in translucent celery green and amethyst jade, presented on an elaborately... [this item is NOT for sale]