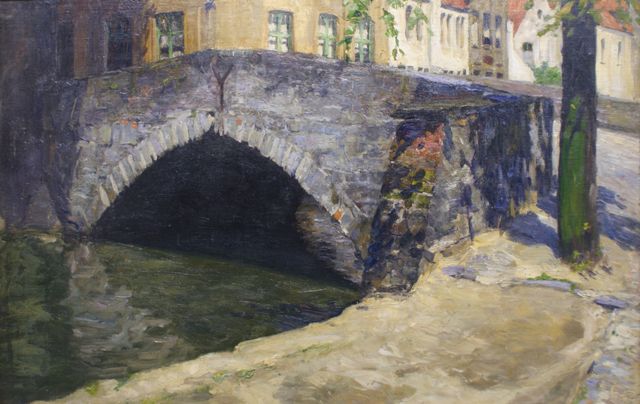 Twentieth Century European School, Bridges in Bruges. oil, 51 x 79cm... [this item is NOT for sale]