Price guides for Title: Letters on the Manners of the French,...

Appraise and find values for
Title: Letters on the Manners of the French,... 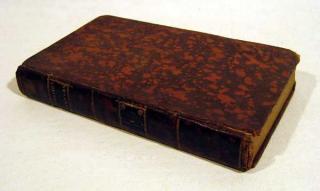 Title: Letters on the Manners of the French, and on the Follies and Extravagancies of the Times. Written by an Indian at ParisAuthor: Louis-Antoine Caraccioli... [this item is NOT for sale]