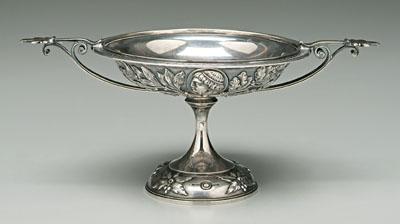 Tiffany sterling medallion compote, classical style, Greek key rim, portrait medallions on both sides with oak and laurel, marks for 1854-1865, marks for... [this item is NOT for sale]